I'm not really going on hiatus. I just don't think I'm up to any real-topic, heavy hitting blogging for awhile.

I mean, I've been blogging to a long time. And it's the same old shit, over and over again.

I mean, from the "Progressives" in this thread who think that children should be punished for the actions of their parents (actions which are hardly a crime in the first place), to the people who make an amazing woman feel like this, to Hillary Clinton championing a racist culture as her "base" (yes, I know that there are people voting for Barack Obama who are too sexist to vote for Hillary Clinton, but you don't see him touting that proudly), to tens of thousands killed in natural disasters (and their avoidable aftermaths), I'm just kind of, meh. Whatever, blogtopia.

I mean, so-called progressives hating on children and poor women? Slut-shaming? Wink-wink nod-nod racism and/or sexism? I was so there way back in 2002, but now, it seems like such a retread.

Don't worry, I'm mostly joking. Also, read this post by Daisy and thank her she never got as jaded as I apparently am.

Actually, I've always had a theory on that. The American people of my generation, born in the late seventies. grew up at a time when outright nuclear destruction in the next decade or so was a virtual guarantee. Pop culture was saturated with this idea. Probably like 80 percent of the movies and TV shows I watched as a child (my dad, bless him, was probably a little lax on the whole "Rated R" concept) were either action movies set in the present where scary Soviets were trying to annihilate us, or dystopian science fiction where scary Soviets already had. Even Star Trek: The Next Generation, the one scifi universe where humanity apparently managed to get their shit together, talked about a post-World War III dystopia.

I used to have nightmares about ICBMs. I used to tatter my Barbie's outfits and play post-apocalypse bug-huntress in the backyard. Didn't anyone else in their 30s now do this as a kid? Is it just me?

So when this specific impending doom vaporized just when we were entering high school I think we suddenly had to figure out what the hell to do with our lives, I think we went all jaded and sarcastic and became Nirvana fans who could care less about the world because it could explode tomorrow...except it never got around to doing so.

Which is why I think the response amongst my circle of friends to things like Global Warming and never-ending war with Iraq and hitting peak oil and suchlike has been kind of, "Oh. There's that apocalypse I was looking for." And which is why, I think, I'm finding it difficult to blog about the same thing over and over again for going on seven years. Because The End, probably, finally, is nigh.

Or, it's summer and I have a wonderful little family to enjoy it with and there's much more fun things to do.

To sum up, I'm not taking a hiatus. This blog has turned into a great way for me to keep in touch with distant friends, not to mention a nice outlet for when I want to share my *koff* brilliance *koff* but my husband is bored of hearing me go on about stuff. But if you're looking for up-to-the-minute, in depth analysis or something, best to look at one of the blogs in my blogroll.

Cheers.
Posted by Vanessa at 5/22/2008 01:26:00 AM
Email ThisBlogThis!Share to TwitterShare to FacebookShare to Pinterest

Who links to me? 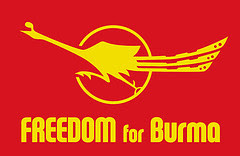 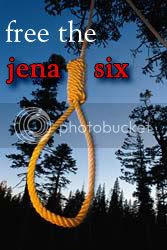